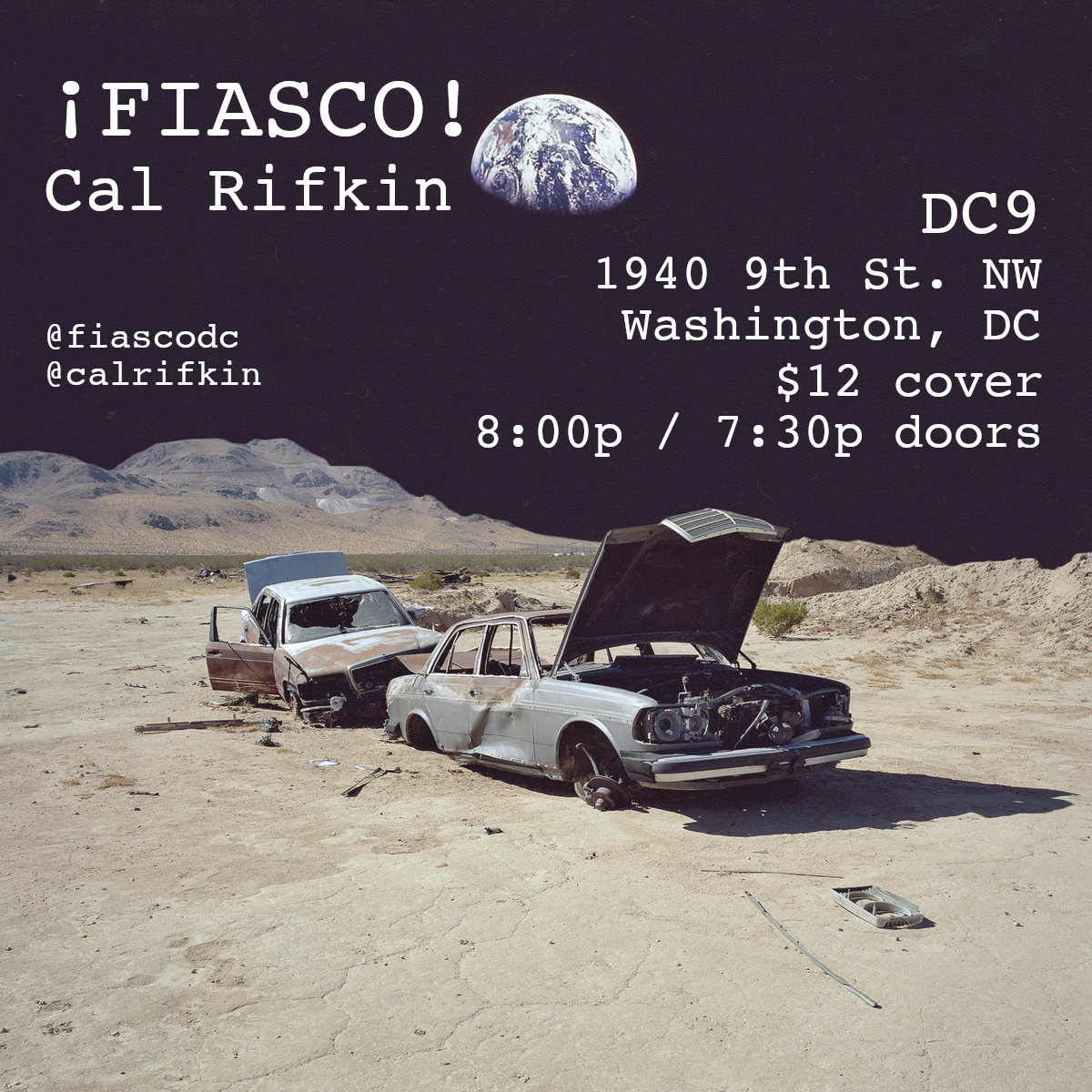 'FIASCO!’s Post-Truth teleports listeners to a hauntingly abstract and timeless realm, with a soundtrack of genre-bending excellence [...] bringing forward the electro-acoustic pastiche of their first album into another heightened offering.'

'Post-Truth', sophomore companion to ¡FIASCO!'s 2020 release 'Arson', was released February 2021. Different from but equal in sonic ambition to its predecessor, 'Post-Truth' presents six original compositions encompassing a broad range of stylistic and tonal colors, equal parts contemplative and aggressive, searching and searing. Together these recordings represent nearly five years of distillation and focus of the group's musical vision, and provide a musical frame around the tragedy and absurdity of the year 2020.

'The album fuses experimental jazz with elements of acid rock and punk rock, resulting in six tracks that reflect a deep imagination and philosophical temperament.'

'The finest moments, naturally, are the ones in which sonic experiments and structural substance converge. Dougherty’s reverb on title track “Arson” means that as his solo progresses he finds himself in harmony with notes he played a bar ago, and he makes it sound sumptuous. Frankhouse does something of the same thing in an unaccompanied stretch of “Shadow of the Colossus,” though better still is the entry into his line of first Dougherty, then Butler and Arnold, as if beckoning for some beautifully and spontaneously choreographed dialogue. “Setting in Motian,” however, is probably Arson’s most transcendent moment. Guitar and saxophone turn a short, simple theme into a kind of moody melancholia that even Arnold’s throbbing bass and Butler’s insistent snare can’t dampen. It penetrates deep, with psychedelic streaks of backward guitar and quiet pitch bends making it weirder but also moving.'

Washington DC-based ¡FIASCO! began as a collaboration between saxophonist Andrew Frankhouse and guitarist Nelson Dougherty in 2016. The group was first assembled in quintet format with a two-tenor front line, to perform a pair of concerts honoring Paul Motian at the historic Twins Jazz Club in Washington. After an enthusiastically received initial run, the group expanded its repertoire inspired by a variety of sounds including droning folk songs, jittery hip-hop grooves, grunge rock, and a variety of electronic and synthesized sounds.

‘Arson’, the group’s first studio recording, was named the top DC jazz record of 2020 by CapitolBop. Its release and reception culminated in the group's performance at the 2020 DC Jazz Festival. The equally sonically ambitious 'Post-Truth' was released in early 2021. Each encompasses a broad range of stylistic and tonal colors, equal parts contemplative and aggressive, searching and searing. Together these recordings represent nearly five years of distillation and focus of the group's musical vision, and construct a musical frame around the tragedy and absurdity of the year 2020.

Guitarist Nelson Dougherty, who pens most of the compositions, demonstrates a mastery of the guitar itself as a vertical, textural phenomenon, as well as the possibilities presented by electronics and effects. His prowess here rewards repeated listening for hidden nuances and layers, and the overlap of lead and accompaniment.

Saxophonist Andrew Frankhouse provides the lead voice for the group, with a sound focused and penetrating, warm and sensitive, and sometimes screaming and breaking up. Augmenting his tenor with electronics allows him to play a textural role unusual for a horn, often layering further upon Dougherty’s guitar, leaving the listener wondering which sounds come from whom.

Stephen Arnold’s electric bass provides a rock and roll urgency, with a keen ear for groove. Not satisfied to simply play a role, Arnold’s sound and articulation fit the needs of each composition, sometimes deep and woody, others with a punk rock distortion, pick attack, and attitude.

Drummer Keith Butler provides a breath and life to the music, attentive to the spirit the moment, patient where necessary but never afraid to play the role of bomb-thrower. He is equally adept at generating a flurry of activity without overplaying and knowing when the moment requires a single note, or nothing at all.

Drawing upon and subverting many sources and traditions, ¡FIASCO! explores a wide spectrum of sound, and their musicianship and range demands the audience and the band to keep their ears open, through near-silences and plaintive moments, and the screams, crashes, swirling delays, and dizzying obfuscations.

In person (vaccination required) and streaming

Purchase before or up to 72 hours following performance

Purchase before or up to 72 hours following performance

if the contact form does not appear (ie/edge...) try another browser